Oh dearie me! I really must try harder to write more often! It can't be that difficult, surely?!!! Anyway, lots to cover as usual so let's get on with it!

I'll start with my health! For the last week I've had a rather nasty virus which really has laid me up!The only positive  is that my daughter had it too and that meant I didn't have Joshua, who, incidentally, had given it to us in the first place!!!  Still, on the mend now and getting back to normal! Thank Goodness!!

After all the kitties going off to their new homes it felt a bit quiet here but 10 days ago I collected a new addition to our furry family. Her pedigree name is Laceylou Queen Cleopatra but I call her Kizzie! She's a real feisty little character which is good when faced with 7 others who have been very good with her, considering all her 'growling' ! It does sound rather pathetic but it does the trick! Here's some photos of her. She is a blue tortie mitted Ragdoll and once she's old enough she and Rudi should make some lovely babies! 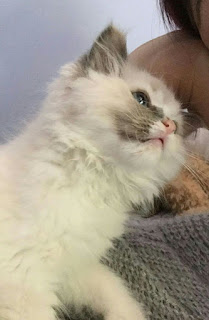 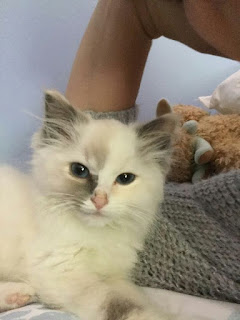 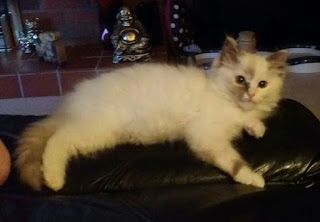 Onto crafting - I have actually managed to get quite a bit done everything considered! The first is a little wall hanging for my 9 yr old granddaughter, Poppy. She absolutely loves anything to do with unicorns. She had seen a tiny hanging heart in a gift shop which said 'Iwish I was a unicorn'. It was expensive for what it was and not particularly pretty so I said her Id make her one. Here it is - she was very pleased with it! I used Hunkydory For the Love of Stamps and Spectrum Noir sparkle pens to colour in. 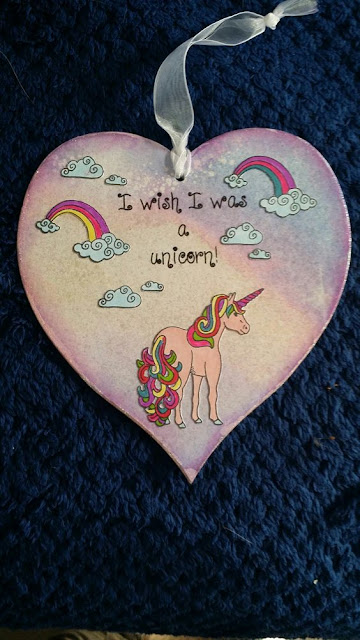 My next project was supposed to be another entry into the CB Colour Challenge 34 but I just didn't get round to blogging about it! I enjoyed playing with the Here be Dragons and Magical Landscapes sets. 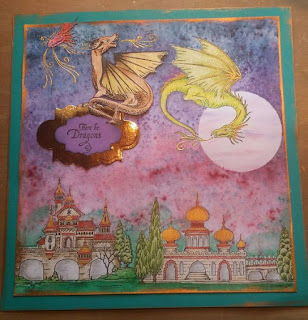 Although a trifle late, I have made a wall hanging for my son's new baby (not so new as she was born in June!) and a frame with her initial created with buttons. 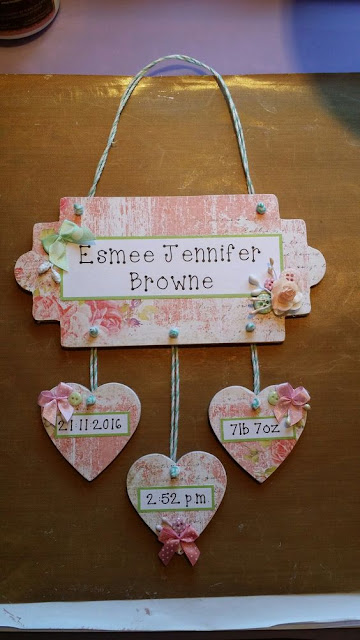 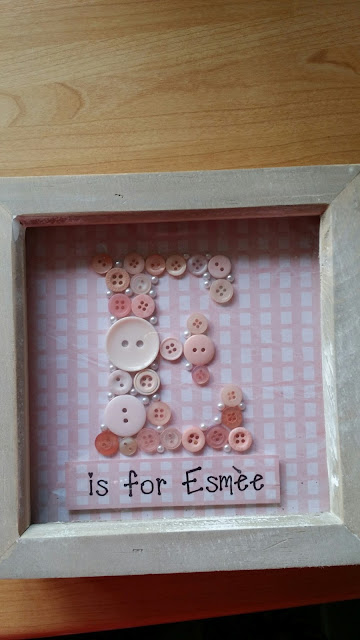 Once in button frame mode I decide to make Joshua one! I really enjoy doing these!

Sooo, as seems to be the case, my eldest daughter wanted to give a colleague a house warming gift and had seen a few things which she liked the idea of. She sends me pictures of bits and pieces and leaves it to me to create an original and bespoke item. Here it is! 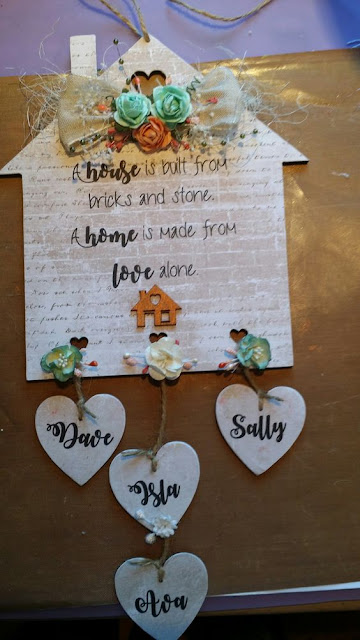 I loved making this partly because I had taught Sally when she was 11 and now her husband works with my daughter! Sally apparently was so chuffed to have something made by her junior school teacher!!

So that brings me to my final item - the entry for the final Chocolate Baroque Colour Challenge. I have to say I'm a bit upset its the last as I've only just found it! Ah well, such is life!!! 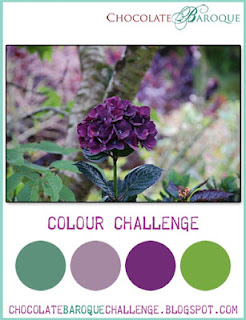 And here's my first effort - I may well do another! 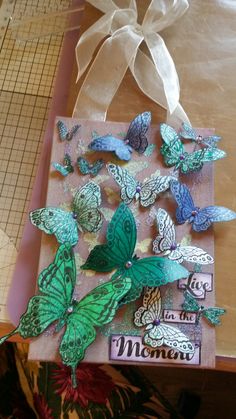 I had just received the butterflies bundle as demonstrated on Hochanda so I decided to use one of the sets in its entirety! I first painted a canvas board with the pale lilac colour using a mix of Pebeo chalky acrylic dusky pink and a blue Brusho. I then used a butterfly stencil and Imagination Sparkle Mediums for the background. For the butterflies, I first spritzed an A4 piece of card with Imagination Multi Media Sprays using the colours in the swatch. I then stamped all the butterflies on the card with Versafine Black Onyx and fussy cut them out! I arranged them on the board and hot glued them on. The finishing touches were small dots of Nuvo drops and a final spray of Crafters Companion Iridescent Spray and Sparkle. Lastly, (an afterthought actually) I stamped an AlteNew sentiment which I thought was appropriate for both the butterflies and my daughter,  cut it up, distressed the edge with Dusty Concorde distress ink and added it to the piece. I think it balances the whole thing and gives is some meaning!  I'm going to give this to my youngest daughter as it matches her bedroom décor perfectly!! It's a simple piece but I hope you like it as much as I do!

Well, that's all for now  - I'm watching Prison Break and I'm finding it hard to follow the action and type at the same time!!! :)